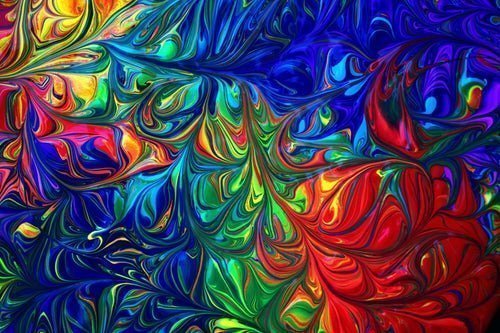 For World Bi-Polar Day, I am honoured that Chloe Cook an illustrator and teacher speaks of her lived experience and journey of Bipolar Disorder. I was fortunate to meet Chloe through a local business meet-up group. I am honoured to feature her story and thank her for sharing it with the Diverse Minds community.

According to BiPolar UK:

You’re sitting at home relaxing and reading, waiting for your partner to come home. It’s March and it’s bitterly cold and dark outside. Suddenly, you hear footsteps in the attic above you. There can’t be anyone there, the only way up is through the hatch you can see from where you’re sitting so you would have definitely noticed someone going up there. You’re home alone. You must be mistaken… but still, you mute the radio and listen carefully. There it is again. It’s unmistakable, there is someone stomping around in the attic. Suddenly you hear a sinister male voice laughing, and saying your name. “CHLOE! CHLOE HA HA HA HA HA!”. Somehow you know that the person in the attic has malicious intent. They are going to kill you. You can’t escape because the loft hatch is by the front door. If you try to make it out he will come down. But if you stay, he could come down at any time. Whatever you do, you know for sure that you are facing certain death.

It’s real to you

You call your partner to say goodbye and to warn them not to come home, it’s not safe here. You need them to know that you love them. They’re on their way home from work and they stay on the phone to reassure you. You are shaking and crying uncontrollably the whole time, whispering into the phone because you know this is your last hour.

When your partner is almost home you gather the courage to escape. You run out into the rain screaming and crying with bare feet and no coat, leaving the door open. You run into your partner who grabs you and holds you tightly as you are paralysed by fear. When your partner eventually persuades you to come back in, they check the attic. There is nobody there, and they tell you that there is no way there could have been anyone there at any point. It’s all been happening inside your head. You later find out that this experience is psychosis.

Welcome to my experience of Bipolar Disorder!

“a mental health problem that causes people to perceive or interpret things differently from those around them. This might involve hallucinations or delusions.”

After this psychotic episode I still believed that there had been someone upstairs for a few months. It felt so real. I felt patronised by everyone who tried to reassure me that it in fact,it didn’t happen. In reality the sounds had been hallucinations. My belief that I was going to be murdered was a delusion. In the weeks after the episode I barely slept and was always checking that our home was secure. Even hiding some of our furnishings in a cupboard, as I thought they were being used to spy on us in some way. It was hard for me to believe that my husband wasn’t worried about the security of our home. This left me increasingly frustrated that I was the only one keeping us safe.

The morning after the episode, I went with my husband to the emergency GP. The aim to prove there was nothing wrong with me. I thought that would make him see that there had actually been someone trying to kill me in the attic! The GP referred me to a specialist team, who referred me to another, who referred me to another, and to the final team. It was this last team who were actually prepared to give me some support. The referral process was around a month-long.  It was also very difficult. Every week I met a new team who spent an hour asking me to recount the terrifying episode from start to finish, and in minute detail.

This meant I was re-triggered every time. When I finally got to a team who agreed to help me, the leading doctor dismissed not only mine, but the nurse’s insistence that her diagnosis of stress and depression was wrong. I was sure it was wrong. For me the depression was a direct response to the scary episode. Alongisde the fact that nobody believed me about the intruder. I completely denied there being any element of psychosis, I know what I saw! The nurse was sure that the doctor was wrong, because he felt I had all the symptoms of Bipolar Disorder.  In fact, he thought I had been displaying them since I first was unwell as a child.

Looking back now, I’ve had symptoms of Bipolar Disorder ever since I can remember. As you’re growing up though, particularly as a teenager, the symptoms can be easily explained. Either as a result of tough life events or, as some believe, ‘typical’ teenage melancholy. Similarly to lots of people with the illness, I had been offered various different diagnoses over the years and felt that none of them fit. I never realised that I have a say and can disagree! I was offered six Cognitive Behavioural Therapy (CBT) sessions and that was all. In the sessions we’d opened a whole can of worms talking about my mental health. They then suddenly stopped after the six session quota. So I was left worse off than when I started! I even went to the GP once in crisis and she told me to go running, because “young women don’t have mental health problems.”

I have had patchy treatment over the years. In the end I feel very lucky, as I moved back to Leicester. I was placed with a hospital team which supports people with all kinds of mental health problems, particularly if they have experienced psychosis. There was a new doctor who asked sensitive questions in order to really listen and hear my answers. This was a a different approach to wanting to fit me into whatever box sprung to mind. A new nurse. who was not only incredible at their job, but really friendly and made me feel entirely comfortable. The team treats patients with lived experience of Bipolar Disorder as the experts on the condition, because we’re living with it every day. They support us with any aspect of the disease we would like help with, rather than prescribing a one size fits all treatment.

Experiences along the way

Unfortunately not everyone is fortunate enough to have access to such comprehensive and patient centred treatment. It’s a real postcode lottery as to what support you might receive from the NHS. Everyone should be entitled to treatment that works for them. My advice to anyone with any mental health difficulties is to research and think about the treatment that you would like, and ask for it. It may be difficult to have that conversation so make sure you take notes into the appointment with you. If you are happy to, then having a close friend or family member with you at the appointment might be helpful too. Make sure you speak to them about what you want to happen before the appointment. You need to be open to alternatives too, you might find that something you hadn’t thought of is perfect for you.

What to do if someone tells you they have BiPolar Disorder

If you know someone who has told you that they have Bipolar Disorder, then you are a part of their mental health journey. They have told you because they want you to know and understand. It might be to explain their sometimes odd behaviour, for support when they need it or even just to raise awareness. Bipolar Disorder is very disruptive. It can change our behaviour drastically and have a huge negative impact on our lives. Some examples are:


Don’t be surprised if the person with Bipolar Disorder has changeable moods! They might spend a long time feeling ok and then might suddenly start acting very oddly. That’s a good time for you to ask how they’re feeling and to offer support if you’re able.

How you support someone with BiPolar Disorder

The best way to help someone who has Bipolar Disorder is to learn about the disease. It’s probably not what you think it is. People with Bipolar Disorder are not “psychos”. They don’t have more than one personality and they are almost certainly not a danger to you. A great source of information is the MIND or Bipolar UK websites, where there are lots of resources to help you understand Bipolar Disorder.

The best source of information though is the person themselves. Everyone experiences Bipolar Disorder differently and everyone has their own preference for how they’d like to be supported. So if you have a friend, family member or colleague who has confided in you that they have Bipolar Disorder, ask them how you can help. They’re more than likely to say that they don’t need you to help, they just want you to know and understand. If you are someone who they felt was special enough to confide in, I’m sure you’ll go and do just that. 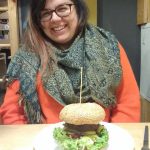 Chloe Cook is an illustrator/artist teacher who lives with Bipolar Disorder and am making a zine named “Bipolar Zine”. You can find out more or it can be preordered here: https://www.patreon.com/chloecookdraws
You can also find Chloe on Instagram at @chloecookdraws 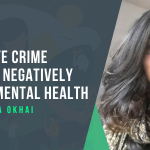 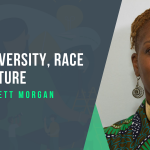 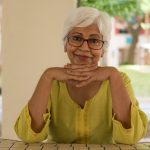 How To Promote Your Loved One’s Independence
30th September 2020 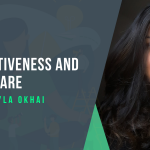 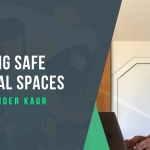 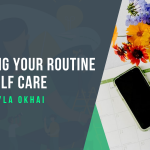 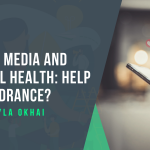 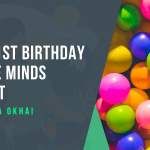